Here’s what Dougie Poynter had to say about performing live this summer! 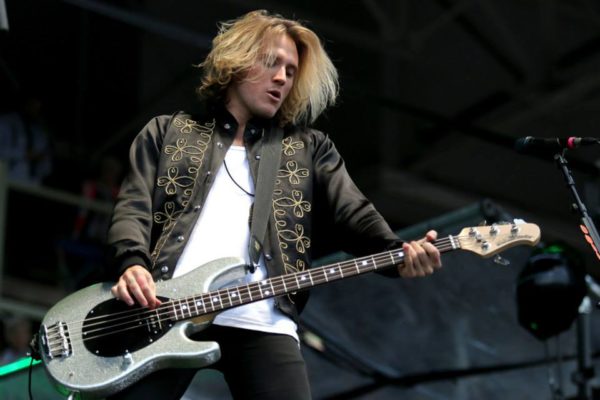 McFly are closing The Jockey Club Live line-up this summer and we sat down for a chat with Dougie ahead of their Newmarket show!

McFly are no strangers to The Newmarket stage. They most recently performed there as part of McBusted in 2015 and we’ve been dying to welcome them back ever since.

New music, video gaming in lockdown, and their upcoming 20th anniversary as a band… Find out what Dougie Poynter had to say about performing as part of The Jockey Club Live season below!

You’re no stranger to Newmarket having performed there before, both as McFly and McBusted – what is it about Newmarket that keeps bringing you back?

Every few years it comes around and we like to do it. The whole reason why we do what we do is because we love playing live shows. We love being in the studio as well, but there’s nothing else in the job that we love more than playing live. Newmarket is pretty different to our regular gigs, everybody is dressed in their absolute best and it’s one of the most amazing things I’ve ever seen. It’s awesome – I absolutely love it. We’ve played gigs at 10pm at night – in sweaty places – where people act more civilized! And then you have Newmarket where it absolutely kicks off in the middle of the day when everyone is in fancy hats and tuxedos – it’s rad.

Concerts at Newmarket are such a new unique experience because you have the combination of the racing during the day, and then the live show in the evening. Do you ever arrive a little bit earlier and catch any of the horseracing?

Danny does! We usually invite loads of friends and family down so we’re usually hanging out backstage because it’s in the day. As it’s not just a regular gig loads of people that we know want to come so there’s loads of socialising to do but yeah, Danny gambles! 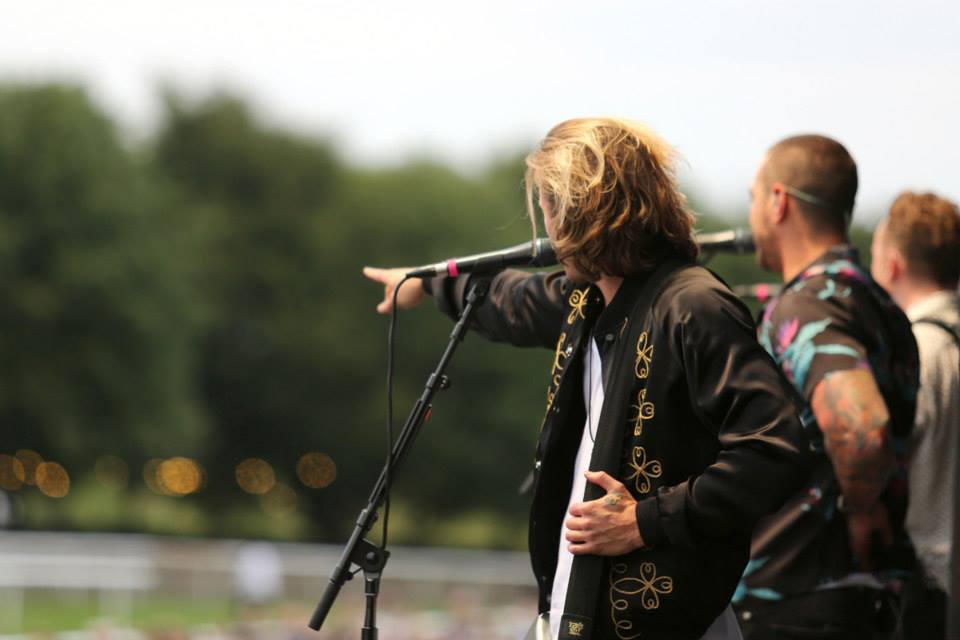 Now the show will be one of the band’s first performances back after lockdown. How eager are you to get back out and see your fans?

Ah, so eager. We were in rehearsals ahead of a year of touring – last year was going to be a massive year of touring for us. We were three days away from flying to South America to start. You just get us so pumped up in the weeks leading up to a tour, figuring out the stupid jokes that you’re going to say on stage and playing old songs and things like that. We were so so pumped. Yeah, and then lockdown happened…

It’s fair to say you’ve done quite a lot in lockdown, as you released your album Young Dumb Thrills at the end of last year, and it went straight into the UK album charts at #2. Despite how difficult 2020 was, it must have been amazing to see the album resonates so well.

Yeah, that was really awesome. I’m so thankful that firstly, we’d already recorded 80 – 90% of the album so the rest of it could be done remotely because everyone has home studios and stuff now. It was only the little things that needed finishing and it meant we had something to focus on. Months of mixing, mastering and then getting all the artwork together. Even that was challenging, but fun at the same time. With the artwork, I tried to come up with some kind of theme that wouldn’t need us in it, so that’s the reason for the bear on the front – we weren’t sure if we were able to do photo shoots so thought ‘right okay, let’s create some kind of character for Young Dumb Thrills that can do everything for us – if need be, we can animate him’. It was a challenge, but at least I had something to focus on.

As you made the artwork, do you think lockdown in some ways allowed you to be more creative in different avenues that you wouldn’t necessarily have had the time to do if you’d been on tour?

A little bit, but I just didn’t realise before how inspired you get from just… living and just being stimulated by doing other things in the day that keeps your mind clear and moving. Being in the same place every day and not being able to do anything else was hard.

How did you end up spending your days?

Video games were my saviour. The world of video games, it felt to me, seemed pretty unaffected. And it was kind of like, it was guilt free playing right? Because whereas before I was like, ‘ah, I can’t do eight hours of playing online with my friends, that’s a bit excessive’, but when you have nothing else to do, I was like, ‘cool! Well, I’m just gonna do this until I fall asleep!’ It kept a sense of normality.

McFly are now two years away from celebrating their 20th anniversary as a band. Do you think the past year has brought you closer together?

I think we’ve always been close. Even when we weren’t – like weren’t really speaking that well – we were still close, and we’ve still grown up together. We’re past that point now of… I can never really imagine life without those dudes being in it!One of the things I love most about McFly is our sense of humour. One of the coolest things was, as I was saying before, that our touring just came crashing down on us because of the lockdown happening. We’ve never experienced anything like that before, I think we’ve only ever cancelled one show in our entire careers because Tom wasn’t well. It was such a huge deal and we had our agents calling and no one knew what was going on. We had an important emergency Zoom meeting – our very first Zoom meeting – and for the first 45 minutes, it was just everyone just messing around! Like just joking around. I’m pretty sure we’d be like that even at the actual end of the world – we’d be laughing.

The friendship you have as a band must be integral to the reason why you’ve together for such a length of time. Summer Saturday Live is a daytime family event, so original fans of yours will now be bringing their children to see you. How does it feel to see all generations coming together to enjoy your music?

It just seems that it happened overnight! About 10 years ago, I think it stopped being the same kind of audience. There were kids at the shows again and it was so weird! When we first started, it was people that were our age, and then everyone kind of grew up, and then they spawned more humans! Give us another 10 years, it’ll be people’s grandkids there!

What’s the next six months to a year look like for McFly? Are you working on new music?

Yeah, we are. We keep getting side-tracked by things – like, Harry got COVID so we’ve all had to isolate for a while. I’m trying to work on lyrics.Usually I’ll sit in the same chair for 12 hours and then right before I go into bed I come up with something! I think the last year has definitely affected the direction that I think everyone wants to take the new music in. I think we want to have a lot of energy because all we’re thinking about is live shows. We want the next step to have a lot of energy in it. 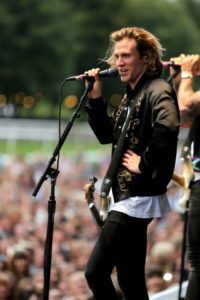 So that’s what we can expect from Newmarket – a lot of energy!

There pretty much always is!

Tickets are on sale here.

Book with confidence | Money-back guarantee if cancelled or postponed