Bastille are coming to Newmarket Racecourses! 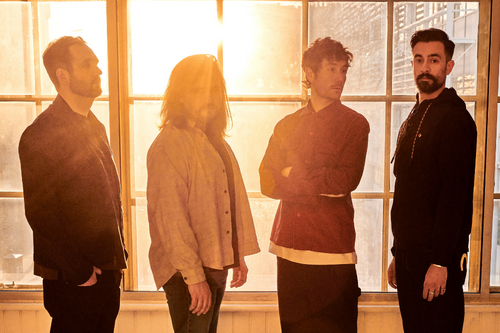 Bastille will be performing live after evening racing at Newmarket Racecourses!

Making their Newmarket Nights debut, The Jockey Club Live are delighted to welcome BASTILLE to The July Course on Friday 30th June 2023.

The very special show will be part of a series celebrating the 10th Anniversary of the band’s chart-conquering, twice No.1 debut album, ‘Bad Blood’, giving fans the opportunity to hear the album played live in its entirety alongside other fan favourites.

Tickets go on general sale at 10am on Friday 4th November.

A pre-sale is available at 10am on Wednesday 2nd November. Sign up to our mailing list and guarantee the best price by buying in advance here.

Having released their third number 1 studio album ‘Give Me The Future’ earlier this year, and with a reputation as one of the world’s most captivating live bands, Bastille spent the summer playing huge sets at festivals across the UK and beyond, including two sub- headliner spots at Reading &amp; Leeds drawing one of the biggest crowds of the weekend. They also stopped off for a surprise appearance at Glastonbury, with the festival organisers having to cordon off the surrounding area at the 1,000-capacity William’s Green tent as festivalgoers descended in the masses to try and catch a glimpse of their secret performance.

With over 11 million records sold, 6 U.K. Top 40 singles (including ‘Pompeii’, ‘Of The Night’ and 2018’s collaboration with Marshmello ‘Happier’), and over 1.5 billion video views, Bastille continue to be one of the world’s most streamed bands.

“Having Bastille as our first announced artist of 2023 is such a delight – they’ve been on our ‘wish list’ for quite some time and can’t wait to see the mammoth performance they’ll bring to the July course on 30th June 2023.”

Tickets are priced starting at £35.84 (inclusive of fees).

Tickets will be on sale at 10am on 5th November here.