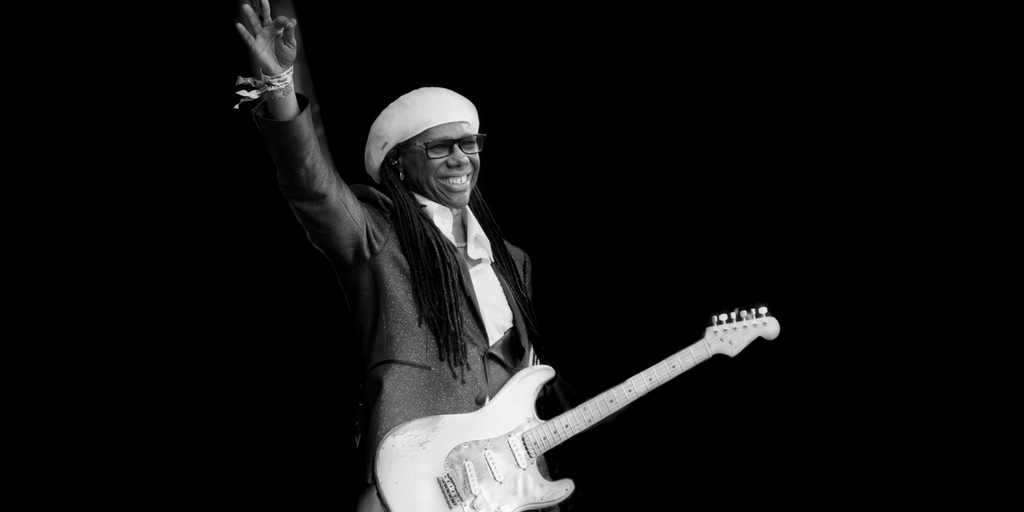 Nile Rodgers is truly exceptional. A multiple GRAMMY-winning composer, producer, arranger and guitarist, Nile Rodgers has played a huge part in expanding the boundaries of popular music through collaborations and the CHIC organisation.

As the co-founder of CHIC, Rodgers pioneered a musical language that generated chart-topping hits like Le Freak, sparked the advent of hip-hop with Good Times, and won CHIC 11 Rock and Roll Hall of Fame nominations.

We’ve put together a list of some tracks you might not know Nile Rodgers had something to do with! Check them out below…

Although the song was only partially produced by Rodgers, this summer anthem definitely deserves a mention. As well as helping produce the track, he also plays guitar on it. It peaked at number 1 in Scotland and Belgium, and reached number 9 in the official UK Singles Chart.

(PLUS Sigala will be supporting Nile Rodgers & CHIC when they headline Franklin’s Gardens on Sunday 30th June!)

One of the best-selling songs of all time, Get Lucky was a collaboration between Nile Rodgers, Pharrell Williams and French house duo Daft Punk. Since its release, the track has sold almost 10million copies world wide!

The whole album, along with the hit title track, was produced by Nile Rodgers. This collaboration epitomised Rodgers creativity and seamless ability to work with other artists.

The iconic record went on to sell way over 10 million copies!

Diana Ross wanted an album that would launch the next instalment of her career. After taking her daughter to see CHIC in concert, she enlisted the help of Nile Rodgers and Bernard Edwards

Rodgers got the idea for I’m Coming Out after attending a drag show in New York where several participants were dressed as Ross.

Initially Diana Ross was not satisfied with the production from Rodgers and Edwards, however the album then went on to be the biggest selling record of her career!

Although Madonna wanted to be the sole producer on her second album, her record label didn’t want to give her full control yet. After a few discussions, she gave in and chose Nile Rodgers as her producer.

This title track cemented Madonna in the history books as a boundary pushing artist and showed the success of collaborating with the likes of Nile Rodgers.

Nile Rodgers and fellow co-founder of CHIC Bernard Edwards, teamed up with Sister Sledge in the 1970s. They created the timeless album We Are Family, as well as the global smash hit!

Another disco classic from the We Are Family album is He’s The Greatest Dancer. Billboard named the song #66 on their list of 100 Greatest Girl Group Songs of All Time.

Nile Rodgers played a huge part in helping Duran Duran become the 80s pop legends they are today. Not only did he produced their 1986 album Notorious, he played guitar on it the title track as well!

Duran Duran were at a rocky time in their career before this album and have credited Nile with helping to get them back on track. During a 1986 performance, Duran Duran’s frontman Simon Le Bon introduced Rodgers, saying: “This band went through a difficult time and it might not have made it if it weren’t for this gentleman.”

Expect to hear some of the best-known pop anthems from the last four decades. With more than 200 production credits to his name, the scope of Nile Rodgers’ peerless influence is undeniable.