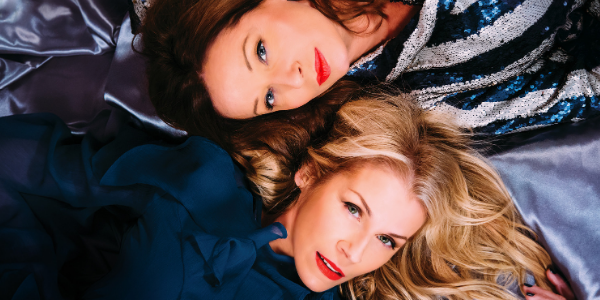 For the past three decades, Bananarama’s Sara Dallin and Keren Woodward have been one of pop’s most influential and revered groups.

And boy do their achievements speak for themselves!

An entry in the Guinness Book of World Records as the most successful female band worldwide with the most charting singles, multiple sell-out tours and 32 Top 40 UK hits.

To celebrate the release of their new album, we’ve put together a list of the best Bananarama tracks from the past 30 years…

This upbeat dance track peaked at number 14 in the UK Singles Chart. It was also one of their biggest singles in the United States, reaching number four on the Billboard Hot 100.

This song is rumoured to be a tribute to teenaged London pirate radio comedian Mark Gould. Bananarama later demanded the comedian as their Christmas present in 1983, when they appeared on the Christmas edition of BBC1’s Show Business programme.

Bananarama (with the help of Frank & Saunders and Kathy Burke) recorded a cover of this Beatles song as the Red Nose Day single to raise money for Comic Relief.

This version is one of Bananarama’s best charting singles, and reached Number Three in the UK Singles Chart!

Following the success of this single (it reached Number 3 in the UK Singles Chart), Robert De Niro called Sara Dallin at her council flat one day and invited them out for dinner!

This upbeat single off their brand new album was originally written and demo-ed by the Sugababes. It’s the only track on ‘In Stereo’ not written by the pop duo, but they loved the song so much when they first heard it that they decided to record their own version.

Bananarama’s biggest-selling single in the UK! Love in the First Degree holds a three-way tie for their highest UK Singles Chart placing at Number Three.

‘I Want You Back’ was included on their fourth studio album ‘Wow!’ and was released as its fourth and final single. This song originally had a different chorus and was called ‘Reason for Living’. The girls disliked the chorus so co-wrote the revised lyrics for ‘I Want You Back’.

Sara Dallin said, Cruel Summer “played on the darker side (of summer songs). It looked at the oppressive heat, the misery of wanting to be with someone as the summer ticked by. We’ve all been there!”

It was ranked number 44 on VH1’s 00 Greatest Songs of the ’80s, while Billboard named the song #13 on their list of 100 Greatest Girl Group Songs of All Time!

‘Stuff Like That’ recently became Bananarama’s 25th Top 40 single. It’s a classic disco track that we just can’t help dancing around to!

‘Venus’ had been a part of Bananarama’s repertoire for several years before they actually recorded it. This international number one hit is one of the band’s most played hits!

Expect to hear some of your favourite tracks when the pop duo headline Newmarket Racecourses this August.

Join us for a fantastic summer evening of racing & music: